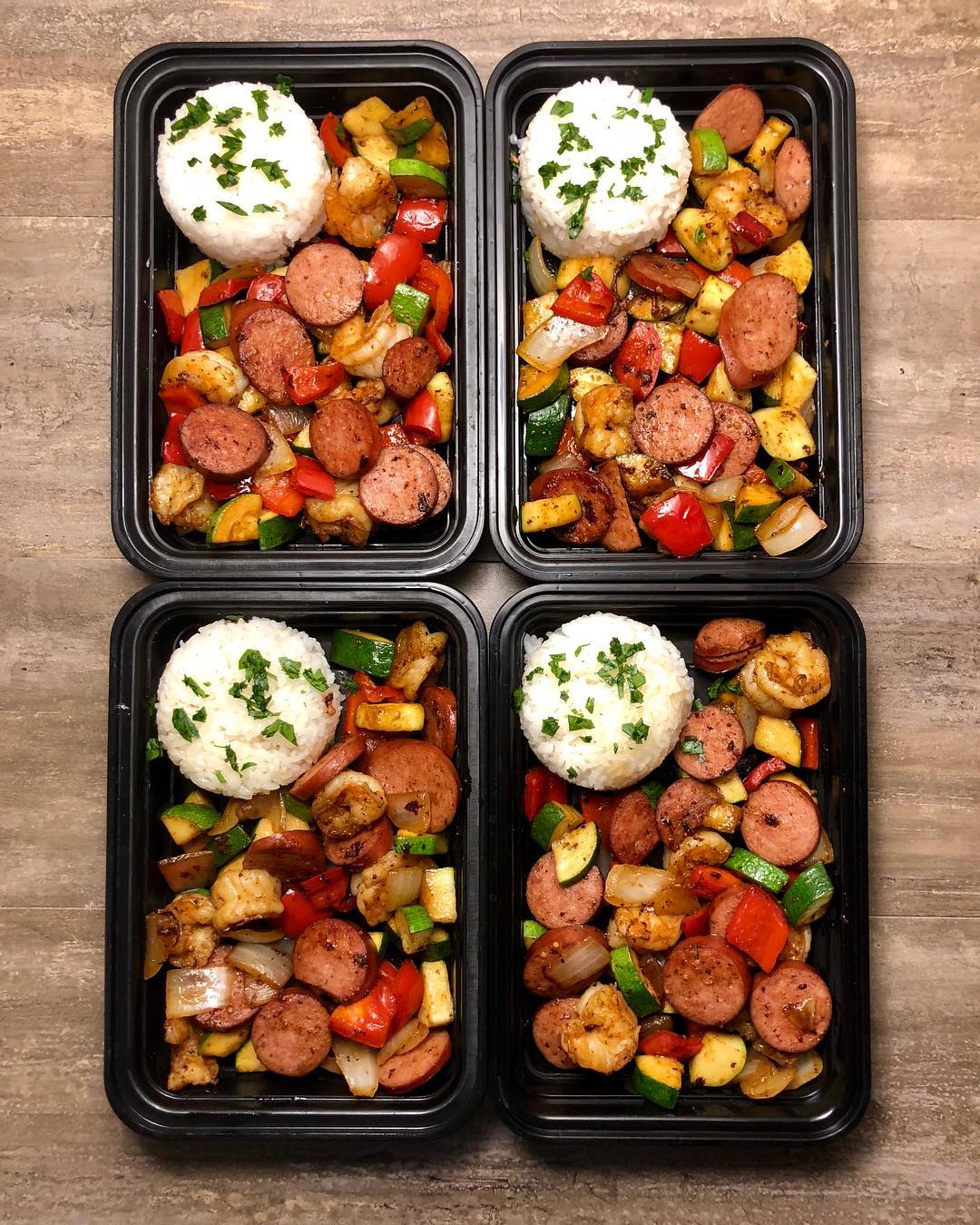 Shrimp and Sausage Skillet.
.
.
I don’t use fish or shrimp almost ever in my meal preps because I think seafood is much better cooked fresh. I decided to give it a go once though just to give it a try. This recipe is a combination of Cajun flavors included sausage, shrimp, and peppers with a side of rice. The dish is seasoned with Cajun seasoning to give it a little kick. I knew I didn’t want to feature the shrimp as the main protein because of how poorly I think it keeps in the fridge so I wanted to make sure that I had another form of protein that could carry the flavor of this dish. The sausage is great because it helps to give flavor to the shrimp and pairs well with the vegetables. I used kielbasa sausage in this dish but you could also use andoullie and it shouldn’t change the flavor too much. .
.
The best part about this recipe is that it is super quick. If you buy peeled and deveined shrimp, you can have it in your containers in 30 minutes. One thing I want to mention is on the deveining process of shrimp. If you don’t buy deveined shrimp, I would highly recommend deveining them. Some people will tell you that you don’t have to but they are wrong. Not deveining the shrimp will give it a dirtier taste and that is because the “vein” is no vein at all, it’s poo 💩. Devein your shrimp people. Unless you’re into that sort of thing. .
.
.
.
#meal #mealplan #mealprep #mealprepping #mealprepdaily #mealprepideas #mealprepsunday #fit #fitness #fitspo #fitinspiration #foodlover #food #foodfeed #foodblogger #foodphotography #healthyaf #healthyfood #healthylife #healthyeating #healthyrecipes