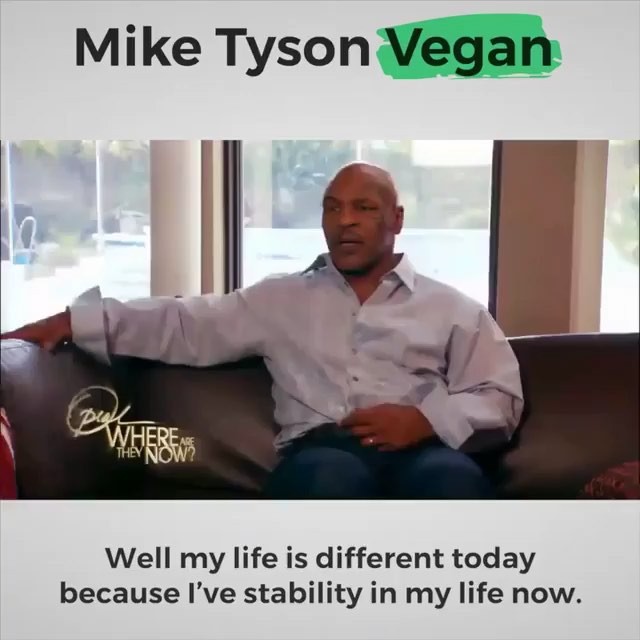 Tyson turned Vegan in 2009. A time in his life when he was fragile. Mike Tyson was in rehab for drugs and alcohol. One day he said in an interview that he ate the smallest piece of meat, and he became really sick, throwing up and had extreme stomach pains. That moment he realized that meat was just poison to his body and mind. Mike Tyson turned vegan to become a healthier and clean man. In an interview, he spoke with talk show host Oprah Winfrey regarding his recent life changes. He said that he was congested from all the drugs and bad cocaine, Mike could barely breathe, he had high blood pressure; he almost died, and he had arthritis but when he became a Vegan all those health problems went away.